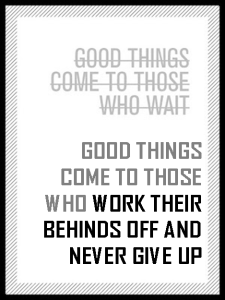 When you promote URLEIA in a public setting, some people may make disparaging comments designed to discourage others from joining the effort to “Strip Law Enforcement of Unbridled Power.” The following are some negative comments you may encounter and possible responses:

Black children are out of control. Many of our children definitely need to demonstrate more respect. But law enforcement agents are supposed to arrest people who break the law, not shoot them. The job of the court is to determine the penalty for a crime or an offense. Law enforcement agents were never meant to be judge, jury and executioner.

Black people should focus on black-on-black crime. It’s true: Blacks kill more blacks because blacks tend to live together. Whites kill more whites because whites tend to live together. But killing people in our streets can never ben acceptable whether by drug dealers, foreign terrorists or law enforcement agents. People killed by officers are citizens of the United States of America. They have a right to appear before a judge and plead their case (due process of law). When a person’s life is extinguished by a law enforcement agent, that person is denied due process of law to which he/she is entitled.

Implementing this act will cost too much money. The nation is just about broke. Some of the people working on this effort have close ties to Washington and have seen the millions of dollars wasted by contractors and officials in Washington on a daily basis. Also, DOJ spends incredible amounts of money to conduct pattern or practice investigations in the field. The families of African Americans wrongfully killed by law enforcement agents and other citizen who embrace the importance of Fourth Amendment Rights do not care how much this legislation costs. We expect legislators to find the money. We shall not continue to allow law enforcement agents to kill citizens without cause and walk away unscathed.

With a Republican-dominated Congress, you will never get this legislation through. We have people across the nation and the world working to ensure URLEIA become law. ONUS, Inc., and its comrades have taken the position that failure is not an option!

America is good at sending messages. Why hasn’t its leadership sent the message that unjustified police killings are unconstitutional? The world was granted a front row seat to the heinous beheadings of James Foley and Steven Sotloff by members of the Islamic State in Iraq and Syria (ISIS).  Every mother, every citizen and every person who possesses even the slightest degree of compassion was grieved by the videotaped executions. September 10, 2014, President Obama announced his plan to combat ISIS by launching airstrikes in Syria and Iraq. The campaign was intended to cripple ISIS and deter other terrorists by sending a message loudly and clearly that crimes against Americans will not go unpunished.  Similarly, the world has been granted a front row seat to several unjustified killings by law enforcement, including the killing of Walter Scott in South Carolina, India Kager and Angelo Perry in Virginia Beach, VA, and Eric Garner in Stanton Island, New York, as well as others.  While America canvassed the world looking for the ISIS members who viciously beheaded American journalists, executioners who don blue suits and badges an serve as “officers of the peace” are provided extended paid vacations after killing everyday Americans for minor causes. If the hunt for ISIS members who kill Americans is meant to send a message, African Americans and people of color are forced to ask what message does America’s response to rampant police killings send to people of color and law enforcement agents?

Families are compensated for unjustified killings. They receive redress.  Many families receive no redress for the wrongful killing of their loved one by law enforcement. Before they were killed, victims had lives and a future. They have parents, family members and people who love them and value their presence, their smile, their idiosyncrasies, their wit, conversation and spirit. Even when a family receives financial redress for a wrongful killing, it does not truly amount to redress. There is no “real” redress for the wrongful taking of life, not really, not to the victim or the family members who will never again see their loved one in this life. Taking a life is an irreversible action; it robs people of the only gifts that matter—life and time.