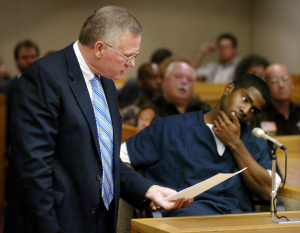 Few would argue that criminal justice policies in the United States unfairly affect minority populations and largely account for many of the adverse conditions African Americans and other minorities confront.  Yet little has been done to unravel the policies and practices or to reverse their harmful effects. The civil justice system is plagued by similar problems.  African American litigants suffer at the hands of racist judges and prosecutors who deny them “due process” by rendering unfair judgments, dismissing cases without justification and taking other unjustified legal actions.

To sin by silence, when they should protest, makes cowards of men.”
― Ella Wheeler Wilcox

Advocates across the nation have joined to tackle a range of problems related to the unequal application of law and lack of procedural due process in cases brought by African Americans in both civil and criminal actions. Problems include: