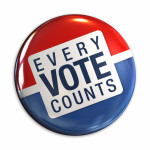 The Right To Vote Shall Not Be Abridged

For decades, Census statistics have revealed the changing demographics of America’s population. In response to the changing hue of America, powerbrokers intent on preserving white supremacy sought to maintain control by seizing control of the voting process by “any means necessary.” Tactics employed by these powerbrokers took several forms. Some tactics target state-level voting policies while others continue to play out on the national stage such as allowing key provisions of the 1965 Voting Rights legislation to expire and gerrymandering boundary lines after each decennial census. A review of voting policies in states across the U.S. raises troubling concerns.

Other egregious examples of voting rights violations include:

Using emergency manager’s acts to deny citizens their right to vote.  For example,  Michigan Governor Rick Snyder used the unconstitutional Michigan Emergency Manager’s Act to deny more than 50 percent of Michigan’s Black population the right to vote. Snyder declared a financial emergency, ousted the elected mayor and legislature from several cities that had predominantly African American citizens and appointed one person (dictator) to function as both mayor and legislator who could carry out the will of Governor Snyder without contest. The EMs stripped the cities of priceless assets and resources.

Laws that deny felons the right to vote. Onus, Inc., is convinced that laws that deny people the right to vote based upon a prior conviction amounts to double jeopardy and is akin to repeatedly punishing a person for the same crime. Black Communities United for Progress (BCUP) and advocates across the nation are confronting these problems head on. We are determined to protect citizens’ right to vote.