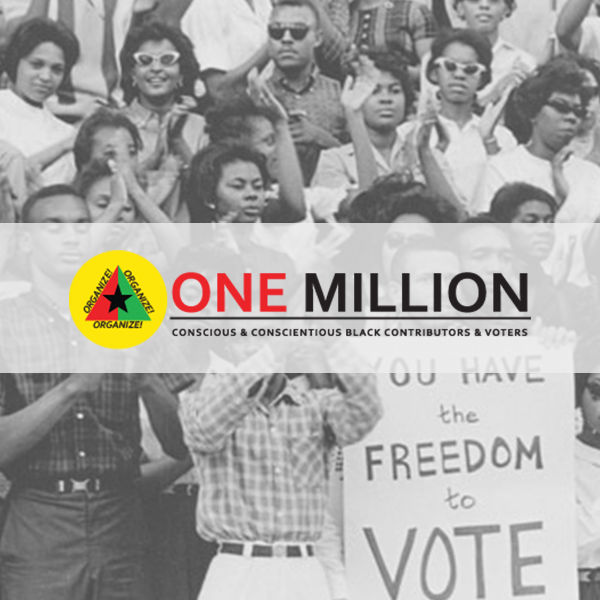 “Being conscientious causes a conscious person to take appropriate action to solve the problems of which he or she is well aware and knowledgeable. A large part of our problem as Black people is that many of us are ‘Rapolutionaries,’ ‘Radio Activists,’ ‘Political Pontificators,’ ‘Afrocen-tricksters,’ ‘Hotep Hustlers,’ ‘Pulpit Pacifists,’ and ‘Barber Shop Rhetoricians.’ None of those classifications actually move us forward. They only keep us on a conversational treadmill.”  –James Clingman

Five years ago, ONUS held a national conference call to introduce the Uniform Reporting Law Enforcement Improvement Act (URLEIA), known by its short name as The Equality in Policing Act. URLEIA, which is sweeping national legislation designed to end police brutality, has been ONUS’s sole agenda item since 2015. On the call when Sanders introduced URLEIA were syndicated columnist and prolific author of multiple books on black economics, James (“Jim”) Clingman, and Amefika Geuka—a stalwart activist and scholar who joined with Clingman to form “THE One Million.” From that day forward, ONUS, and OMCCBCV have been enwrapped in a strong partnership to advance their mutual mission of ending police brutality and stemming mass incarceration.

According to Sanders—President and CEO of Onus–OMCCBCV is a partner of unparalleled commitment. They have worked as vigorously to advance URLEIA as we have. They have joined us in our lobbying efforts on Capitol Hill, helped arrange countless media interviews and supported us in countless other ways. They are organized, persistent and focused—the type of partners that matter when an organization is taking on a project of such scope and magnitude. Sanders adds that the OMCCBCV’s dedication and commitment to transforming policing in America and its partnership with ONUS has not waned even with the ascension of new leadership cultivated by Clingman and Geuka. That leadership includes Monica Williams and Samuel Burnham.

And while OMCCBCV members have stood right by our side all the way, they have continued to advance their many other vitally important agenda items, which they label as planks. One of their most power planks, Sanders explains, is an active effort to encourage Black Americans to cease committing their vote to political parties and candidates who do not vow to commit their political power to helping advance the agenda of Black America. OMCCBCV rightfully views each person’s vote as deserving of “quid pro quo” from politicians who court “the black vote.” The mission of “THE One Million” is distilled into four easily-grasped goals:

Learn how you can team with “The One Million” by visiting https://www.iamoneofthemillion.com/